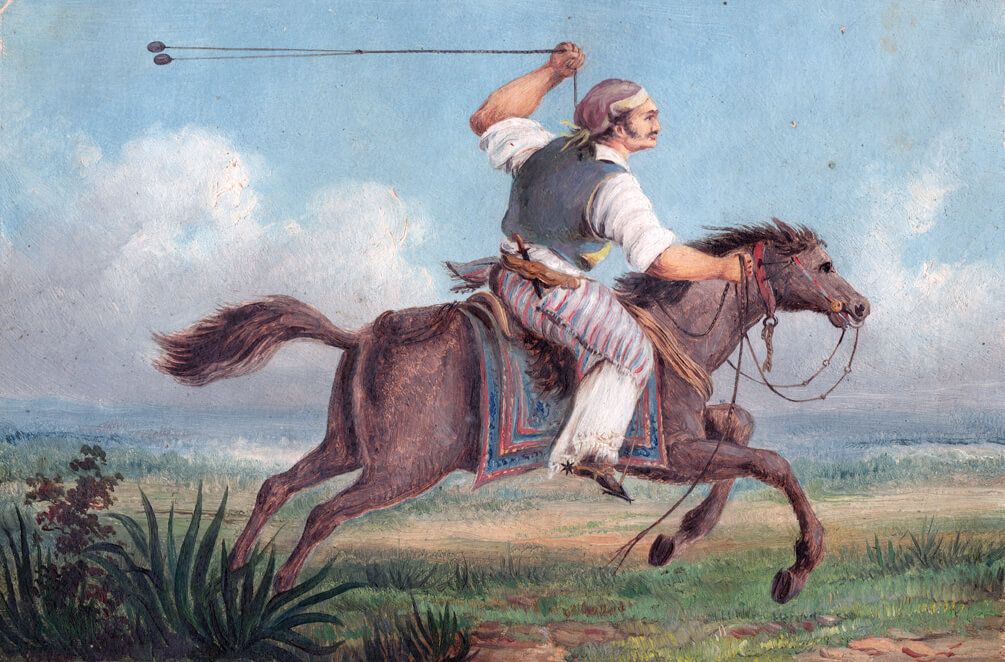 Perhaps you have heard the term boleadoras before when referring to gauchos and their customs. But what exactly are they?

Boleadoras are a regularly used item by gauchos as weapons of war, a hunting element or even for livestock work. They consist of three branches of twisted rawhide, 1.8 to 2 meters each and finished off in three balls of stone, lead, or hard wood wrapped.

Most boleadoras consist of two or three balls, that are very hard polished stones in an almost spherical shape. The diameter of each ball is usually about 10 cm if used for combat or big prey hunting. These stones were joined by tientos or guascas, that are a form of leather strips. Overtime, these were replaced by ropes with three strands of braided leather, usually cowhide.

The purpose of the boleadoras was to be rolled over the gauchos’ head and thrown with force at the legs, body or neck of the animal to catch them. When the gaucho throws the boleadoras and hits the animal, the balls twist around its legs making it fall down. There are three types of boleadoras:

The first one is boleadoras with only one ball. The name for this is “crazy ball” or “lost ball” and they were used for capturing small animals.

The second type has two balls. These are called ñanduceras or avestruceras, and are used to capture American ostriches.

The third type, and the most popular one, is the boleadora with three balls called Tres Marías. The Tres Marías are used for working with cattle and horses.

Would you try throwing some boleadoras like a gaucho? 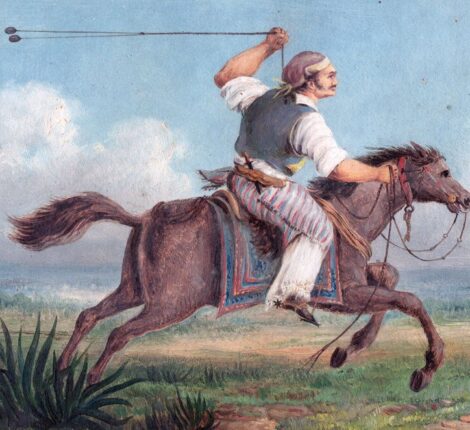