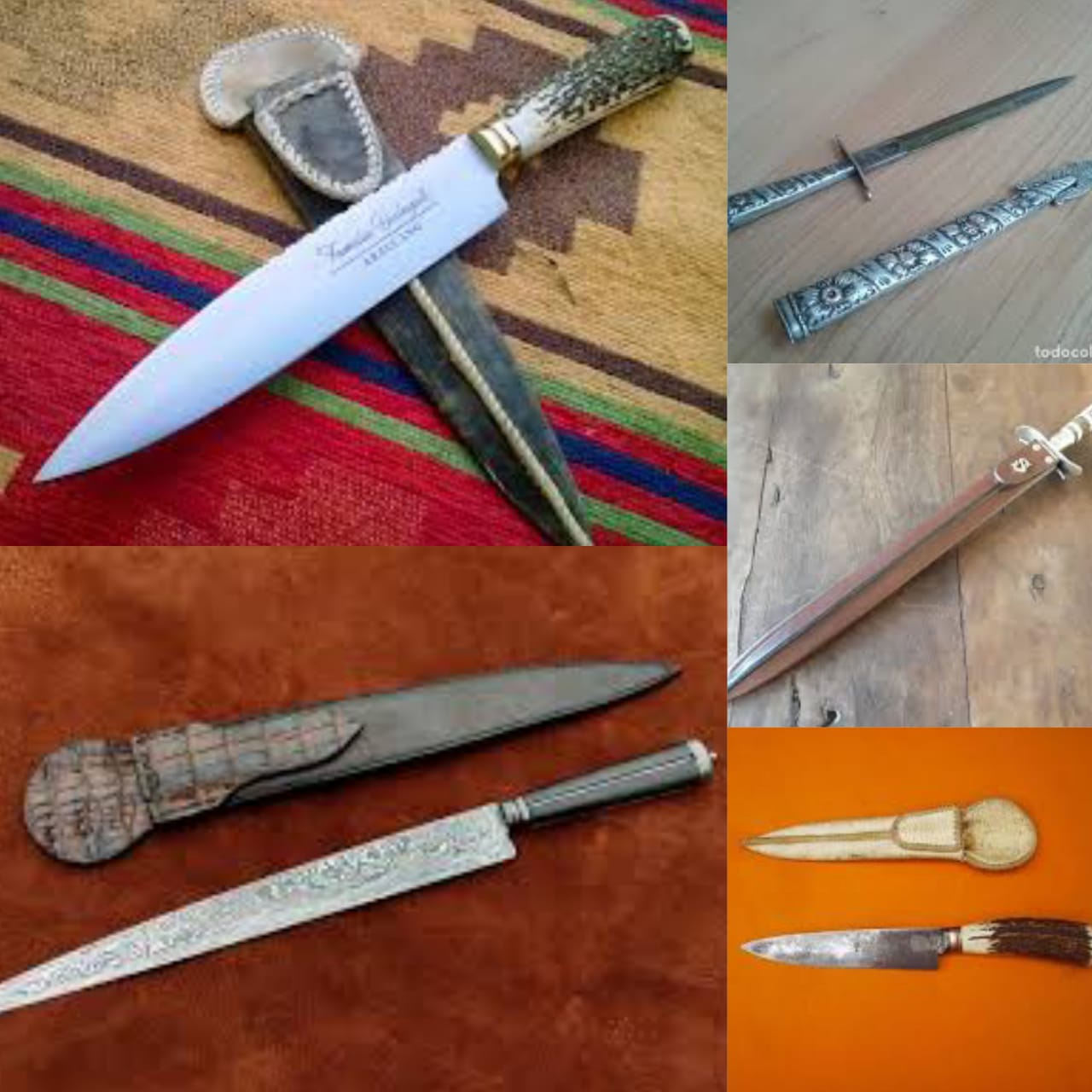 Knives used by a gaucho are commonly referred to as Faca or Facón. It is Portuguese name derived from “faca”, and so the “facón” will be a major faca.

The blade of a facon is about 30 to 40 cm long and 20 to 30 mm thick. It ends in a point with a single-sided tip, having a buttress that is just a few centimeters on the opposite side.

The so-called ‘caronero’ has identical features but normally made with the blade of a sword or military sprat.

Another one, which is like a kitchen knife, but without a belly, is called: the “waist knife”

The “verijero” is the smallest of the knives used by the gaucho.

The Male knife is a “verijero” knife wider than 30 cm, with a single edge and a sharp tip, strong and punishable by punishment.

The Dagger: a double-edged knife used mostly as a war weapon. Its normal dimensions are 20 to 60 cm.

Puñal – This is a smaller, single-edged, multipurpose dagger. 25 cm as the overall measure.