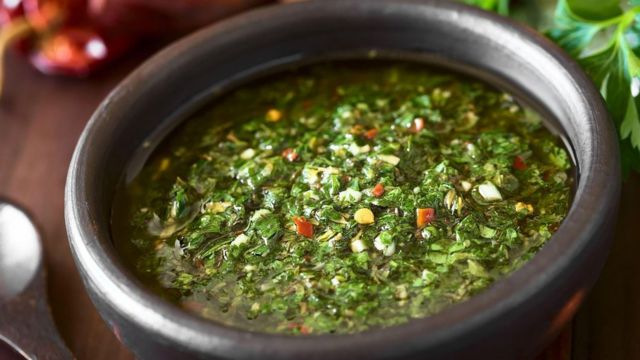 Originally chimichurri was a brine, a mixture of water, salt, garlic and bay leaf. Certain seasonings were added to this mixture. Nowadays the emulsion is made with vinegar and oil.

Its origin is unknown. Some claim that the name derives from a Basque sauce. According to Daniel Balmaceda, Argentine historian and author, the word chimichurri comes from the Quechua, an indigenous population of the Andean region of northern Argentina.

Preparing chimichurri is a ritual that families exchange with pride. Inviting everyone to eat an asado, accompanied by a good Chimichurri, means friendship.