Argentinian Ponchos: Symbols of the Gaucho Culture and Heritage 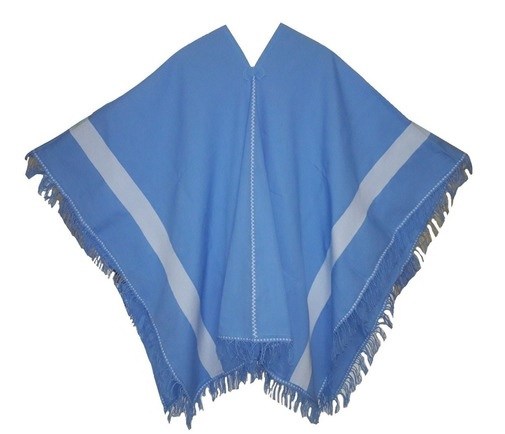 Argentinian Ponchos: Symbols of the Gaucho Culture and Heritage

Argentinian ponchos may be one of the most distinctive features of the gaucho culture in this South American country. It was believed that the poncho came from Europe, but there are records of its early use in Argentina as well as other neighboring nations.

The poncho is a rectangular piece of clothing typically made of cotton or wool, with an opening in the middle for the head. It protects the body and allows gauchos to freely move their arms during their daily activities. Used by our natives, criollos, and gauchos, ponchos became popular in the 18th century, and they are still popular today.

Gauchos would always take their poncho with them, either over their shoulder, wrapped around their waist, in front of or behind his saddle. Ponchos clearly protected them against cold or sun, rain or snow. Due to their versatility, gauchos would also use ponchos in a knife-duel to protect their body by wrapping their left arm to stop the attack of the enemy.