Martin Fierro: A Book that Represents Our Gaucho 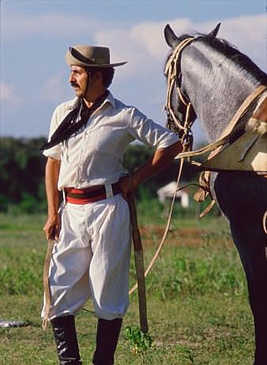 Martin Fierro: A Book that Represents Our Gaucho

The ‘Martin Fierro’ book is a narrative poem, written by José Hernández in 1872.

This book is not just any book, but rather a literary work considered exemplary of the gaucho genre.

The epic poem narrates the heroic and independent way of the Gaucho, Martin Fierro.

This character has a sacrificed and hard life.

He is a worker from La Pampa, that lives with his wife and two children.

From there, the book is about the gaucho life and the different adventures and problems that show how difficult his day to day is.

Eventually, it is a book that transcended throughout history and show us the roots of Argentina and the cultural foundations that stain our historical past.