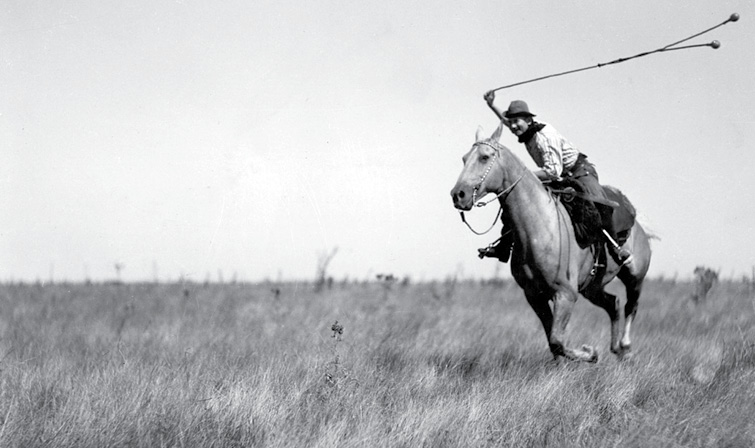 The word Gaucho has different etymologies but we think that the most well-known comes from the Quechua word huachu which means orphan, solitary orvaga bond person.
In the early 17th century, the first Gauchos appear across the coast of Argentina, who at this time were also called gauderios or changadores. Within a few years, they started to spread across the province of Buenos Aires and the country side.

The presence of the Gauchos in these lands had a lot to do with the wild cattle of Argentina.  These cattle had usually escaped from the live stock corrals of the estancieros (bigland owners) of Buenos Aires, becoming wild animals. By this time, thousands of owner less cattle and wild horse shad flourished in the deserted pampas. They were called Maroons.

These courageous men, who later became known as the Gauchos, began to move through the pampas, surviving easily, thanks to the free-range cattle. To feed themselves, they just needed to kill and but cherthe animal, with nature providing them with anything else they needed.

In the 1660s, the government gave the land owners permission to catch wild cattle (in Argentina this is called vaquear) to develop their cattle industry.  Naturally, this work was given to the Gauchos, which meant they explored more and more of the Pampas region. They became the first Argentine citizens to found a peasant society.