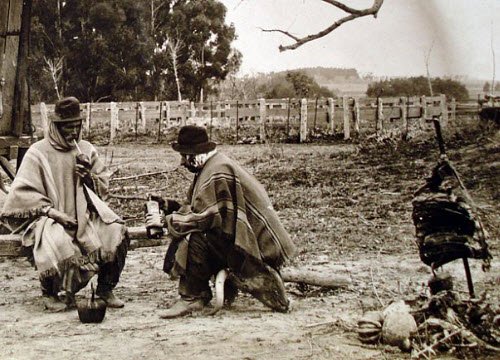 The gaucho diet was composed almost entirely of meat, as well as in the field, supplemented with yerba mate, a tea made from the leaves of the yerba tree.

Whether it’s roast meat on a grill or in a clay oven, or a stew simmering, the gauchos are famous for their ability to cook with fire.

Chamamé is the traditional music of the gauchos of the northeastern regions of Argentina. Originating from the Guaraní in the surroundings of Esteros del Iberá, the chamame has been influenced by the Spanish guitar and German accordion and bandoneón to provide a distinct sound that continues to grow. Now widely played throughout Argentina, the largest Chamamé music festival is celebrated in the city of Corrientes. In the north according to the zone there are different rhythms of folklore that are the cultural reflection of each region. The folk music is incredibly rich and authentic. It is difficult to think of the gaucho without linking him to the music of each place, he lives in his soul and spirit.