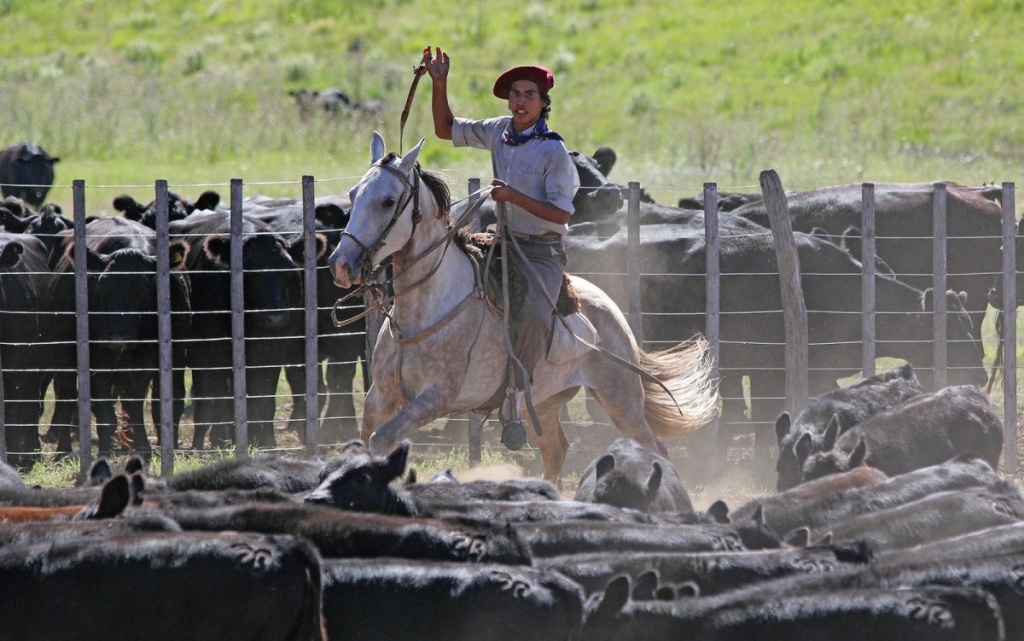 The word gaucho derives from the Quechua term “huachu”, which means without parents.

This word is used in the regions of Plata, Argentina, Uruguay and even in Brazil, to designate horsemen from the plain or pampa dedicated to livestock.

Its origin arises from the mixture of blood between the Spanish and the indigenous.

The gaucho is rustic and manly, who knows how to defend his honor and shows courage in dangerous circumstances.

The gaucho is a very skilled man to dominate animals. He knows them well and is a very skillful rider. He is an expert in herding tasks and knows how to run the hacienda through the most tortuous terrain.

The gaucho alternates his rural chores with some games and entertainment that are still practiced today. The gaucho woman has traditionally been called “China”

They still can be found throughout the Argentine pampas.