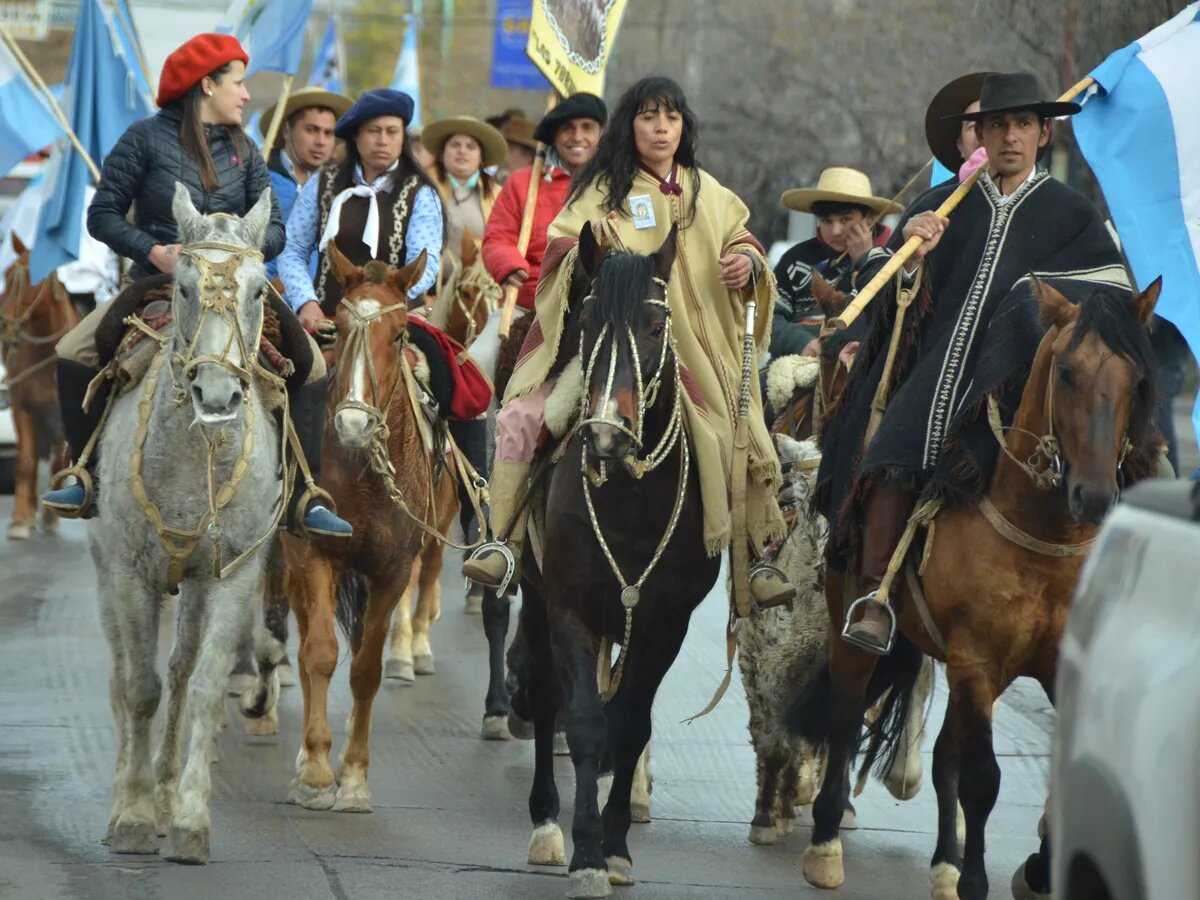 Argentinian gaucho woman, called la china from the Quechua: muchacha and, by extension, hembra, is an important part of Argentine culture.

At the beginning of its history, the gaucho woman was in the background. It was an institution at the time, that they were kidnapped by gauchos as spoils of war, or abducted for marriage.

Her role was centered on being a housewife, and the continuity of the family lineage.

Among her tasks were taking care of the ranch and her children, cooking locro, carbonada, puchero, making tortas fritas, sweets and mazamorra, according to the food and tools available for cooking.

She took care of the animals on the plot, such as chickens, pigs, horses, and tilled the land, cultivating the garden where she mainly planted corn, pumpkins, watermelons, peppers, onions, tobacco, potatoes and some fruit trees.

In addition, she wove ponchos and cloth, darned the pilchas and sifted the underpants with a kind of embroidery that the gaucho wore with pride.

The gaucho woman, today is a symbol of strength, resilience and fierceness, honored for her work and handicrafts, and who has more rights to live a more dignified life, where caring for and keeping her family together and protecting her property is her pride.