Molina Campos: A Mentor in the Gaucho Culture 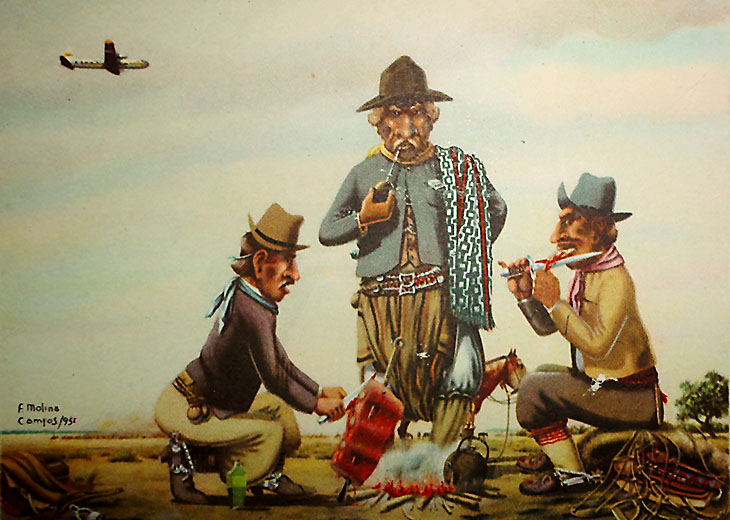 Molina Campos: A Mentor in the Gaucho Culture

Florencio Molina Campos (1891-1959) was an Argentine draftsman and painter, known for his typical drawings of the pampas and the Argentine gauchos.

This painter knew how to represent the country life like nobody else. With his unmistakable style, he gave a cartoonish tone to the daily life of the gaucho.

In his works, he paints in detail the countryman, the pampa, the field work and their customs.

He represents them with a grace that gives particularity to his works. Molina Campos’s peculiar style did not go unnoticed, he was an artist who gave visibility to a sector of the argentine population that, at that time, was lost in the fields. He is one of the artists who best portrayed our culture and our traditions, and took them around the world for all to know. The works of Molina Campos are, without a doubt, a representation of the customs of our country. Its reach far transcended the limits of the Pampas region. His drawings and paintings recall, with a humorous touch, typical gaucho cartoons. With caricature strokes and exaggerations the painter manages to capture an expressionism of Argentina, it past and history. He dedicated his work to exalting the traditions of the land and its countrymen.

A pride for the Argentines!

The ranch: the Gaucho home